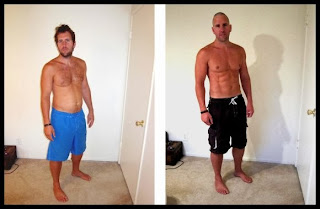 An article popped up recently on the Huffington Post in which the author highlighted the illusion of the "before and after" pictures we always see posted with various ad campaigns, usually for some sort of "fat burning supplement", "workout accelerator", or "extra-super-powerful protein/creatine meal replacement ass-kicker" that's crammed into the latest "fitness" magazine.  And yes, I'm using quotes on the word "fitness" because these publications are often nothing more than a glossy, full color  128pg advertisement, hocking psuedoscience and fads while continually perpetuating misinformation strictly because doing what's popular sells... even if it's a lie. 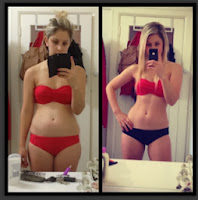 Reading the article reminded me of another one I had read earlier this year, written from the female perspective and demonstrating the same thing. (You can read the Huffington Post article, "Seduced by the Illusion" by Andrew Dixon here, and the earlier post "The Hidden Truths Behind Transformation Pics" here at MelVFitness).  In fact, the author of the former latter article goes into more detail about a true transformation that she undertook, again with before and after pictures, that covered close to three years.  She goes on to say, thought, that the person in the "before" picture, while not the healthiest she'd ever been, was a much happier individual than the one who had obsessed, dieted, and deprived herself in order to get the look she wanted for the "after" picture.
The point is, make your choices in health and fitness based on what is good for you, not because some a picture in some magazine is telling you that it will make you look like something else - because more often than not, the image you're seeing is no more real than those you've seen in  "Grimm's Fairy Tales".