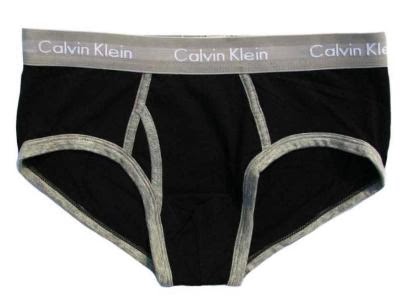 When I was in university, like most other students, I was on a pretty tight budget.  This tight budget necessitated choosing wisely when it came to expenses and, in the long run, taught me a great deal about weighing the pros and cons on items and deciding when to spend the "good" money.

Two such examples were underwear and Kraft Dinner.  For the longest time, I would but the 5 pairs for $3 pack at the local Army and Navy... and that five pair would last me maybe a month.  The stitching would unravel, every pair had a slightly different cut (some less comfortable than others) and you'd wind up with holes where there shouldn't be holes.  Similarly, I'd buy the 12 pack of generic macaroni and cheese and, to be honest, they were about as flavorful as the box that they came packaged in.

Well, a couple of illuminating events occurred early on in these university days.  First off, I came home for my first weekend and needed to grab a quick lunch, so pulled the Kraft Dinner from my mom's shelf.  I have to say - the difference in taste between the generic mac and cheese and Kraft Dinner was extraordinary.  Next, at Christmas I received a couple of pairs of Calvin Klein underwear... they were like heaven had been stuffed down my pants and wrapped around the boys.  Not only that, but I think I was able to wear that underwear for the next year and a half (not consecutively) before they gave up completely.

So here's the thing - firstly, I don't eat Kraft Dinner very often anymore - not unless I'm desperate.  And Calvin Klein's?  They're ridiculously expensive - I don't care how heavenly they might feel.  But at the same time, I don't buy the 5 pairs for $3 package, and there's a pub near the house that makes the most amazing baked macaroni and cheese for about 12x the cost of a package of KD.

The lesson is this: some things, you just don't look for the cheapest route.  You don't need to go to the other extreme (a lot of times, you're paying for a name or a brand, but not any better quality) - but there are certain times you just shouldn't scrimp on.  Mac and Cheese, underwear - and your health.  Just because a trainer or bootcamp is super-cheap, it doesn't mean it's what you should be doing - in fact, you might want to ask yourself why it's so cheap.

Remember - you inevitable get what you pay for.  Be smart about where you cut costs.